The 2015 Streaming Media European Readers’ Choice Awards voting had begun and we are pleased to announce that castLabs has been nominated in three categories! 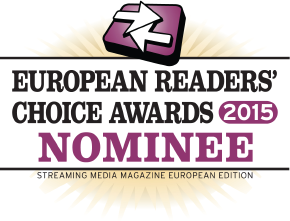 The award is an annual industry competition hosted by Streaming Media Magazine which lets readers choose their favourite streaming technology. Winners will be announced in Streaming Media’s European Autumn issue later this year.

The categories we have been shortlisted in are:

There is some tough competition this year, so we would truly appreciate your vote. The poll ends July 10th, so vote today!