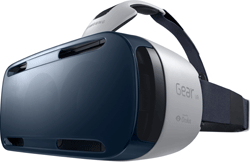 We have collaborated with Fraunhofer IIS to build a Samsung Gear VR demo app to showcase their Cingo 3D spatial sound.

Fraunhofer’s Cingo is software-based sound technology perfectly suited for virtual reality environments by creating a realistic sound experience when using headphones in tandem with a VR head-mounted display. Based on the latest developments in audio technology, Cingo contains a complete set of tools to deliver an exceptional level of audio quality in 3D.

Audio elements can be dynamically placed anywhere in the virtual space around the user allowing them to perceive sounds in front, behind, above, and below them. This enables Gear VR users to be fully immersed in virtual reality with a level of detail that creates the experience of actually ‘being there’.

Utilizing our Android SDK, we have provided Fraunhofer with a VR demo environment which includes video playback, Cingo technology, and audio decoding via the MPEG-H 3D Audio standard. The app runs on the Samsung Galaxy Note 4 which acts as the display screen for the Gear VR.

You can experience this 3D sound VR demonstration in person at CES in Las Vegas.